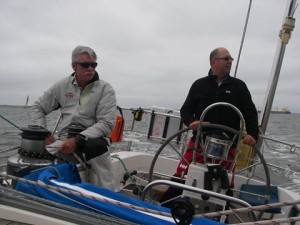 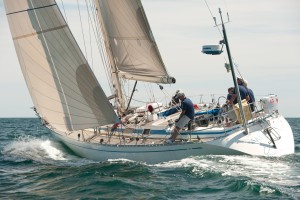 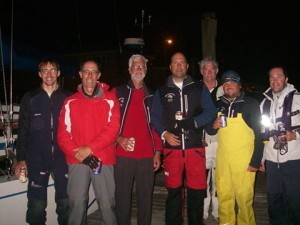 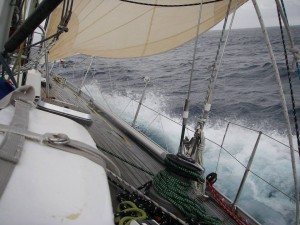 The Akela Racing Team is what we do for fun. Akela III is a 1985 Swan 43 sloop rigged sailboat. Built in Finland she is a relatively heavy yacht that handles all the nasty stuff the ocean throws at us with grace … as long as the crew does it’s part. Akela III is as happy racing hard as she is leisurely cruising the east coast with friends and family.

That said, we like to race! Building a team of friends who work hard together, compete with a smile and handle adverse conditions with warmth and courage makes racing great fun. So while winning is fun; competing is the real challenge.

If you want to learn more, and see lots of pictures, visit our Facebook page: Akela Racing.

Overview – 2019 was a very tough race. We battled 20 to 20 kt winds out of the North East and East for 2.5 days. From the time we exited the Chesapeake Bay to when we passed Block Island, we were sailing to windward crashing into 5 to 15 ft seas, generally with 2 reefs in the main and our #3 jib. That puts a great deal of strain on the crew and the boat. Lots of things broke and several crew members were quite sea sick. But, we did not give up and managed to complete the race, finishing 3rd overall.

After 20+ years of ocean racing, this was by far the hardest race yet. My great thanks and appreciation to a fabulous crew. 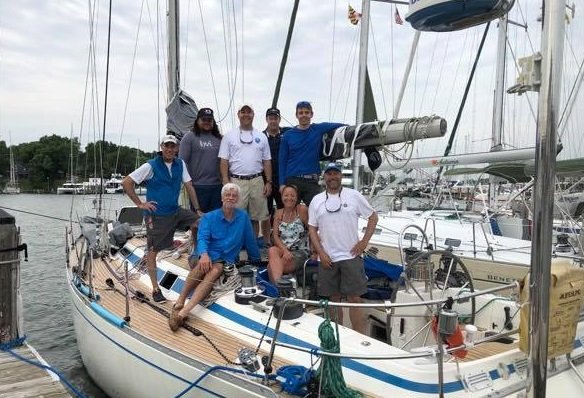 All smiles at the start in Annapolis 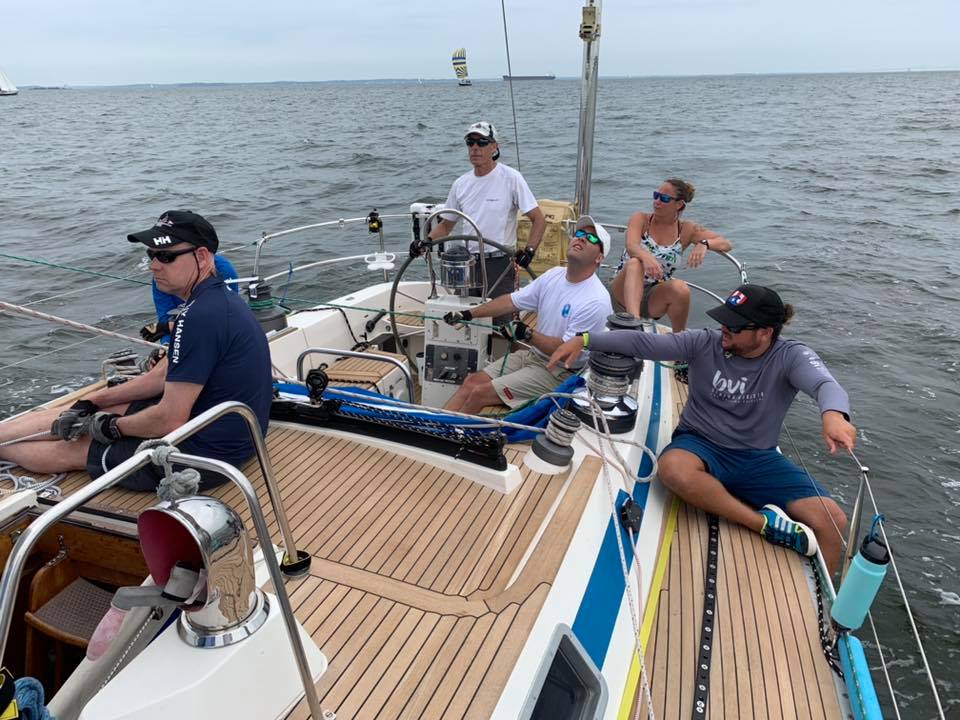 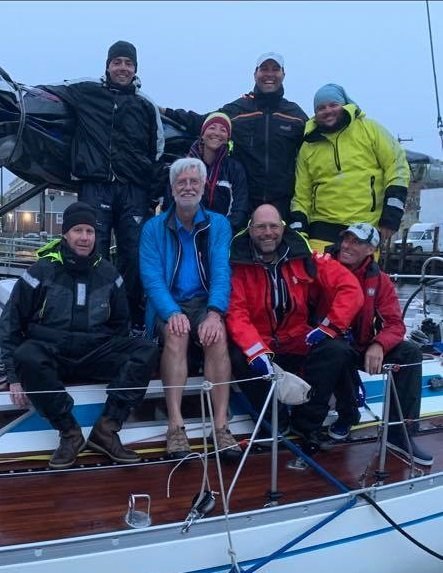 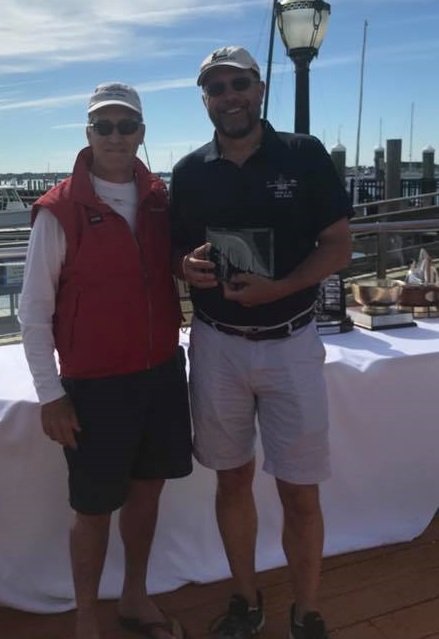 Q. What is ocean racing?
A. A demanding form of sailing practiced by sportsmen whose idea of a good time is standing under an ice cold shower, fully clothed, while re-examining their last meal.
Q. That sounds great. When are you going to do that again?
A. We’ll be racing this summer in the Annapolis to Newport race.
Q. Who is on your team?…
A. We have an awesome team. All great sailors and most importantly close friends.
Q. Is it important to race with friends?
A. Yes. See question #1 above
Q. Who is on your team?
A. Here is the crew:
Roel “the crazy Dutchman” Hoekstra as captain

Arturo “I’m a paddle boarder now” Quinones on the bow

And let’s not forget Djoerd “The Commodore” Hoekstra as Team Owner and coach.

A finer team you won’t find on any boat!

2013 Annapolis to Newport Race – retired with shredded main, 2 jibs, and spinnaker (yes it was windy!)